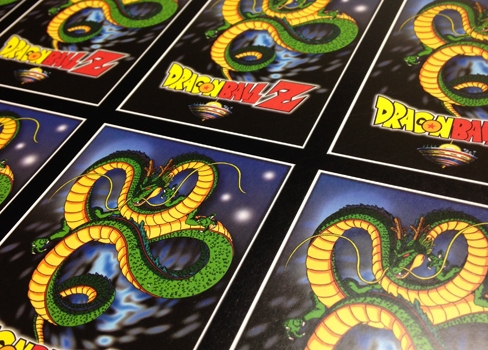 Hello everyone! Is it Friday already? Another Mailbag is already upon is, and hype for The Movie Collection continues to rise. Next week, the Tournament Guide will be released for this season of Organized Play. Soon after that, you’ll see the full breakdown of dates, locations, and prizes for the upcoming Regionals. The board is set, and the pieces are moving. . .

“Will the DBZTCG team be taking into account what is or seems dominant in the game when constructing new sets so that the ‘lesser’ styles and possibly personalities get what they need to diversify the meta?”

Design decisions will always be based around creating a competitive environment that is balanced and enjoyable. Current metagame trends will always factor into future releases, and specifically you’ll see Red receive a huge boost in power in the next set. There are also expanded tools to address some of the current top tier decks, as well as cards/MPs that lend themselves to entirely new archetypes.

“Is there any chance in possible future releases that we will see main personality cards of characters who are only in the Dragon Ball video games?”

At this time, there are no formal plans for anything like that. Really though, anything is possible – maybe one day!

“Last weekend, Top Cut Games hosted the North Kai Championship tournament in Northern Illinois. This event drew in almost 70 players from the Midwest as well as a few who made the long trek from Texas to play. I feel this is a market that Panini should be supporting, at least in some regard.”

First, a big thanks to all of the community event organizers. There have been several large scale tournaments, all completely run through the efforts of the community. We’re happy to collaborate with grass roots events, and larger/special tournaments can always contact op@paniniamerica.net to apply for Convention Kits or other supplemental prizes.

“What guidelines determine which characters become an MP? Yamcha and Chaotzu are still abesent in the MP scene and they are just as valuable as Nail, Tien, Nappa, and Raditz. They actually defeated the Ginyu Force, something Gohan and Krillin couldn’t and yet…”

Over time, you’re likely to see MPs for most of relevant characters in the show. As alluded to last week, Yamcha and Chaozu will definitely garner some attention with Orange [REDACTED]. Since the Hero and Villain split will always be similar, you can already begin speculating about the next wave of Starter MPs!

That brings us to this week’s close, and thanks to everyone who took the time to write. You can have your comment or question addressed here by messaging dbz@paniniamerica.net with “MAILBAG” in the title. Use the same address for any rulings questions. As always, we’ll close with the question of the week:

How will you prepare for Regionals once The Movie Collection is released?