A recap from NorCal and Awakening Starter info – click here for more info!

The penultimate Regional of Season 2 took place last Saturday at Forgotten Path Games in Vacaville, CA. Ninety-one players were in attendance, and the deck diversity on display was a great sendoff to one of the final Vengeance-era events! 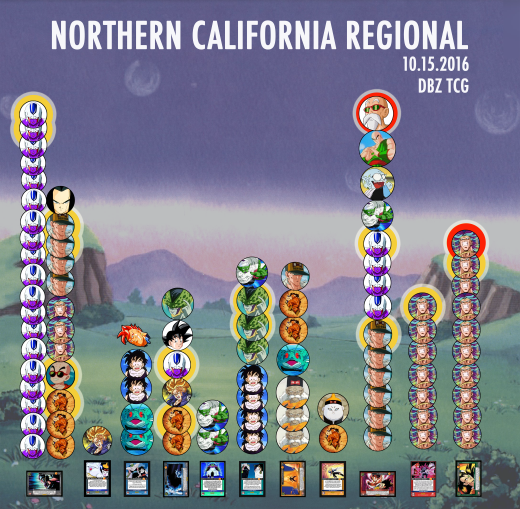 Though Black Cooler had the highest overall representation, only two builds managed to make their way into the Top Cut! Meanwhile, Logan Cordell sliced through the tournament with a non-stop barrage of attacks from Saiyan Empowered Broly – ultimately cutting down Rick Ketchum and his Red Enraged Roshi build in the finals!

Congratulations to Logan and Rick, both added to the 2016 Worlds Qualified Player list! The Super Elite rankings have also been updated, and only a handful of events remain this season:

The Awakening Starter Decks feature a wide array of useful reprints – intended to both provide an interesting Sealed environment as well as help new players jump into the game! All decks will contain a copy of either Stare Down or Confrontation, and each Style has its own unique quirks: 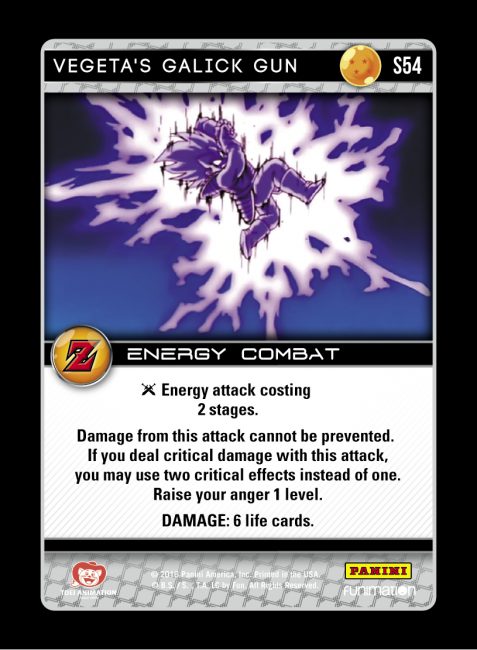 Check back on Friday for the final MP reveal from Awakening – Mercenary Tao! Dragon Ball Z: Awakening releases October 28th, and you can find information about Lauch Events here.

One thought on “NorCal Recap and Awakening Starter Details!”