Before we get to today’s Justice League giveaway, here are four new Player abilities to look forward to from the next set of NFL Five:

This month’s MetaX giveaway will award each winner with 2x Starter Decks of Justice League – with a theme of Heroes and Villains! To enter, visit the Panini Games Facebook page and post your reply to the following:

Who is your favorite Character with the Hero or Villain Trait?

The three randomly selected winners will be announced on the blog next Friday, so be sure to submit your entry before the May 14th deadline. 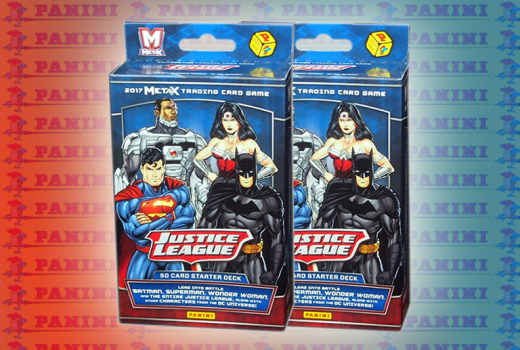 One thought on “Four for Friday: Justice League Giveaway!”