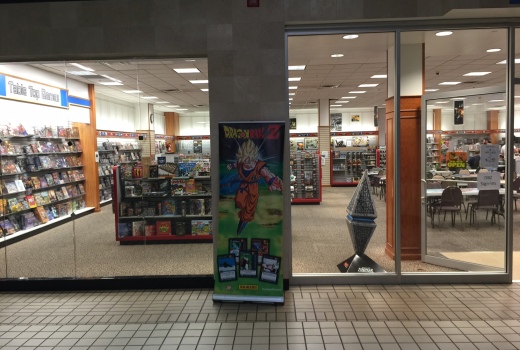 Last weekend’s Kentucky Regional was the highest attended event of the season! Check out the full breakdown below.

Leading up to the tournament, Hard Knox Games & Hobbies was able to come through in the clutch and secure extra tournament space – which was put to good use! 223 DBZ players descended on Elizabethtown’s Towne Mall, and the amount of casual spectators added an extra layer of excitement.

The competition was crisp, with several rogue builds jockeying for position throughout the day. The array of decks on display was staggering. In the final round, over a dozen distinct archetypes were vying for top cut contention. Specifically, Frieza – Golden was one of the breakout stars on the tournament with a constant presence near the top tables.

With such a large field, many ferocious competitors were left by the wayside in the cut to top 16. It was a grueling struggle to survive the Swiss, and things only heated up from there! As the remaining players continued to endure the elimination rounds, the consistent level of technical play became all the more impressive. In the championship match, Elmer Walter (Blue Ginyu) captured his second win of the season in a 2-0 match against Alec Ruden’s upstart Black Garlic Jr!

*Stephen Ward is grandfathered Elmer Walter’s invite to Worlds due to a higher seeding after Swiss.

Many new decks made a mark on the event, but in the end it was a familiar face that took home the crown. As these burgeoning strategies continue to mature, perhaps some will break through to a level of prominence similar to that of Orange Goku. Decks on the rise: Black Krillin beatdown (Starter Deck level 1, I’ll Dig Your Grave!, slime anger), Frieza physical/anger, Black Raditz Control (late round X-0 that missed top cut), Orange Krillin Tempo. . .

Next up, New York! We’ll post a final checklist of things to remember on Friday, but in the meantime make sure to pre-register for the event by clicking here.