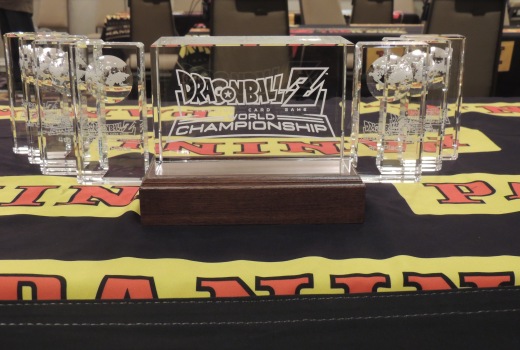 The first Dragon Ball Z TCG World Championship is in the books, and it was a weekend for the ages!

Organized Play kicked off in Oregon on July 25th, and the rest of the season seemed to fly by in an instant. When the final invites were claimed at the Texas Regional in November, the stage had finally been set for the ultimate showdown.

An avalanche of Panini presence descended on the Sheraton DFW Airport Hotel, and the various signage on display was a sight to behold! 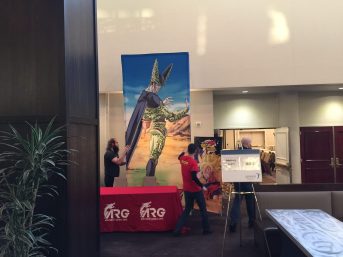 In the early hours before the tournament, the final pieces were put into place:

These swag bags were packed to the brim with promos, play mats, shirts, and more! 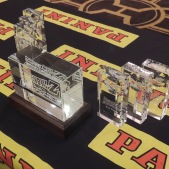 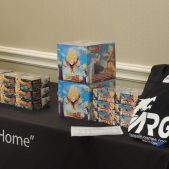 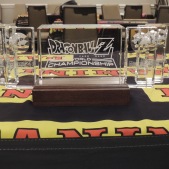 There was a definite feel of prestige to the proceedings, and the entrants were clearly ready to unleash their creations onto the field. The first round kicked off with the traditional “Budokai style” pairings, selected by each competitor: 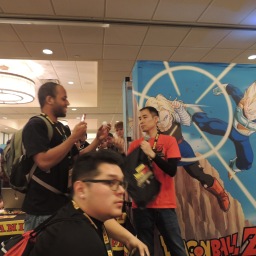 Throughout the tournament, both Mike McFarland (Master Roshi) and Justin Cook (Raditz) were on site signing autographs, interacting with the Next Level Z live stream, and even making tournament announcements in character! 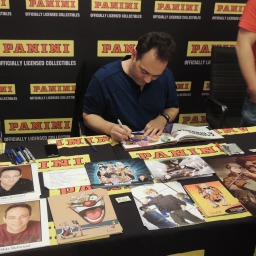 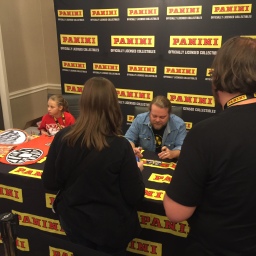 The ARG events were also in full effect, with 108 entrants in the Qualifier Tournament! 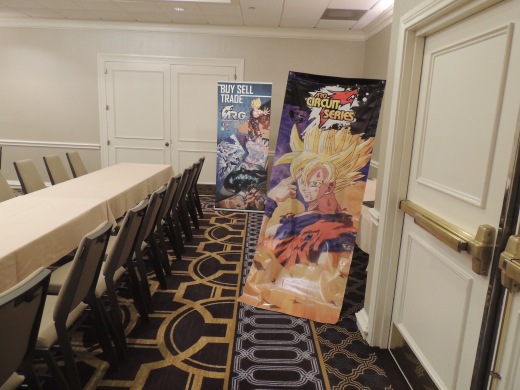 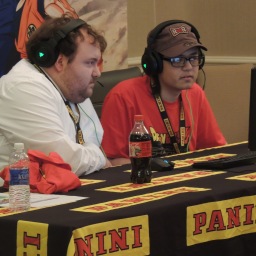 After round three, players were able to enjoy their lunch in the lobby and gear up for the final rounds. Even the hotel bar got caught up the hype, with a special DBZ inspired menu!

Beyond camaraderie, countless prizes, and a general sense of celebration – the most enduring memory from Worlds will be the extremely high level of play. It was a long, hard path to an earn an invite, and it seemed that these warriors took every match down to the wire! Despite the ferocity of the competition, the tournament benefitted from universal sportsmanship. While no loss is easy to swallow, many defeats ended in a magnanimous handshake and open discussion of strategy and mutual admiration. Players of the DBZ TCG are unlike that of any other game, and we can all be proud of the representatives that competed at Worlds.

At the end of five rounds, only eight remained.

The elimination rounds were a test of endurance, and the mental fortitude of the remaining players was staggering. With each match from Top 8 onward taking place as a “best of 3” series with no time limit, the tournament carried late into the night. Tensions rose round by round, and every single decision seemed to be influenced heavily by what was at stake.

Four Orange decks entered the tournament, and three of them made top cut. Similarly, four Android 20 decks were present, and three made it into Top 8. In the end, it was somewhat fitting that the finals came down to two Android 20 Orange decks. It was the undeniable breakout build of the event, and it is sure to be cemented as a permanent fixture in the metagame moving forward.

The Championship round was played out by DBZ CCG luminaries Tim Batow and Philip McGrath. After a long series of technical play and eked out advantages, Tim Batow prevailed 2-1 and became the first ever DBZ TCG World Champion. Congrats to Phil, Tim, and all of the other competitors! 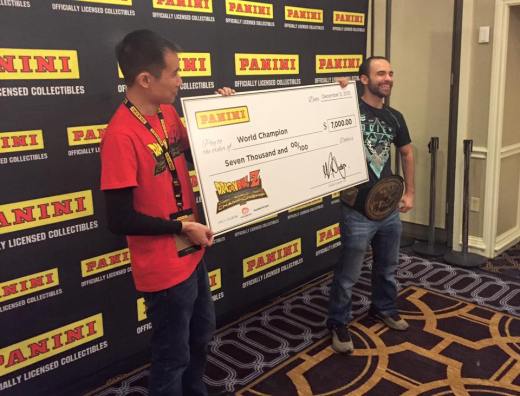 We would like to extend our most sincere thanks to everyone that was involved in our first season of Organized Play. Worlds was an event to remember – thanks again to everyone who made it out, spectated online, volunteered, or supported the game in general! As announced at Worlds, things are only looking bigger and brighter for Season 2. More Regionals, more invites – and a lot of other things to share in the coming months…