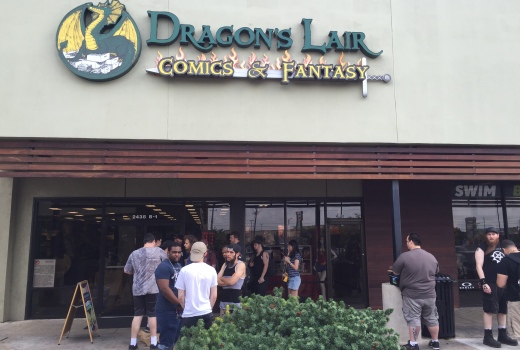 Welcome to live coverage of the Texas Regional from Dragon’s Lair Comics & Fantasy with 150 players battling it out for World Championship invites, tournament promos, sealed product, prize money and more! Stay tuned to see if Red can take another Regional and to see how the new Vengeance MPs perform.

There are numerous ways you can keep up on the action from the comfort of your own home:

Four rounds down here in Austin and the following decks remain undefeated:

Red and Blue have done well so far but stay tuned for more updates as we have four more rounds of Swiss to go!

After 8 grueling rounds of Swiss, here are the top 16 matchups:

Top 4 update – Broly and Cooler hold it down for Vengeance; will the surprising Gohan be able to defeat the new villains?  Find out after the next update!

Red Broly loses both matches in Top 4 and now Tim and Ryan see who takes the Texas Regional Title.

**Both players have agreed to play a one-game final.

Also, congratulations to Ryan Goodwin and Dillon Warren who both qualify for the World Championship.

Thanks to Dragon’s Lair for being a great host and to everyone following along at home throughout the day.  We’ll be back soon with more 2016 Regional coverage and good night from Austin!