See the Demo Deck below!

The MetaX TCG Demo Deck (featuring cards from the first release, Justice League) is available for download here. This sheet will walk you through several scripted turns – while also expanding on a few basic game rules. The Demo Deck utilizes the basic Battle Cards included in Starter Decks (and used in the draft format), but keep in mind that Battle Cards with effects will show up regularly – and they add an extra layer of exciting strategy that emerges during the highly interactive Battle Step!

Demo Decks will include these pamphlets and all cards required for the demo, but you also have the option of printing your own samples to try things out: Demo Cards 1, Demo Cards 2. 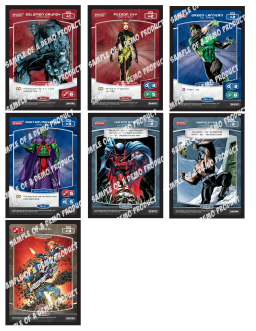 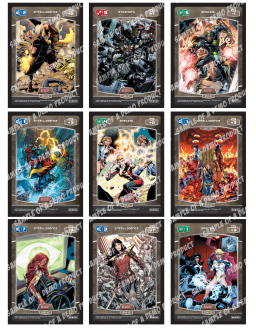 If you’re able to follow through the steps in this demo, you’re nearly ready to play a real match! However, be sure to read the full rulebook (upload coming soon) for helpful visual examples of TKO, HP KO, and the board in general. You’ll also want to read up on Team Attacks, which can combine Characters in order to gain VPs even when defended!