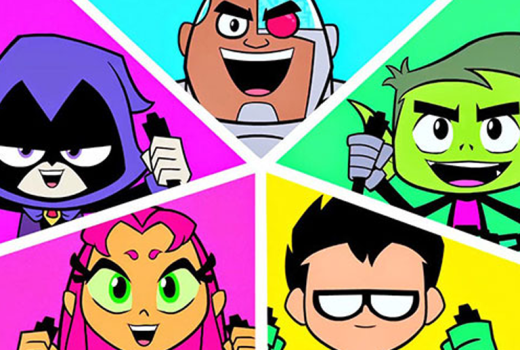 See four themes about the Teen Titans Trait below.

While the Teen Titans have multiple playstyles available, nearly all of their builds will use some amount of cards that are heavily stamped (such as having multiple Teen Titans in play). This leads to a team oriented playstyle – though not necessarily based on Team Attacks! However, Team Attacking is certainly viable when you include Robin – [REDACTED]…

Choosing a Teen Titan lineup will require emphasizing certain strengths while splashing (and ignoring) others, as their large pool of Characters allows your deck to choose from numerous roles – including control! Watch for interactive control effects that do things like:

Aside from a variety of Characters, the Teen Titans also have the largest Event package that any Trait has ever received. You can expect a wide range of effects, including multiple search abilities – one of which moves a Teen Titan from play to the bottom of your deck! On top of that, look for Events that give an extra bonus for a specific Character being in play (such as a card that returns a Character to your opponent’s hand if [REDACTED] is in play).

The Teen Titans also have a diverse array of stamped Battle Cards, ranging from aggressive to techy. Among other tools, you can anticipate a nearly unblockable attack, a previously hinted at effect that drops a Character directly into play, and an ability that works on all Teen Titan characters for the remainder of the game!

As noted on Tuesday, Deck Tech will return next week! If you’d like tips for your deck (or simply want to see it featured on the blog), submit your list to OP@paniniamerica.net with “DECK TECH” in the subject line.