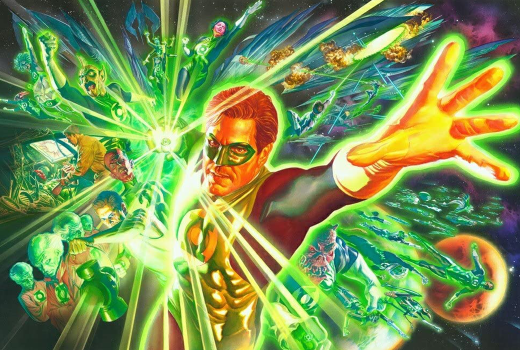 This month’s Green Lantern giveaway is open until April 10th. Visit the Panini Games Facebook page to enter, then check back on Friday to see the results!

2. MetaX Card of the Week

Winners of this week’s giveaway will receive a Booster Box of Green Lantern, and Superboy-Prime is one of the top cards from the set. His negation effect can disrupt a significant portion of top tier decks, and his chameleon Trait ability allows him to fit into any heavily-stamped build. While this card has primarily seen success in Titan builds, it is worth consideration in any deck that is not reliant on its own search effects.

Beyond the announcement of contest winners on Friday, also watch for more teasers from the next expansion of NFL Five. Later this month, we’ll also host a new NFL Five giveaway (with an “offseason acquisition” theme) – visit the blog on April 17th for participation details.

After that, watch for the rollout of card previews and other set info (including a new card type and new game mechanic) as we approach the scheduled release date in August. The first NFL Five CRD (along with an update to the Panini Games Tournament Guide) is coming soon – expect their release before the debut of Organized Play.