Capable of operating on Level 1 or 2 with equal effectiveness, Android 20 is well positioned in the current environment. When paired with Black, many of his key strengths are augmented. Android 20’s Domination combines with cards like Black Enraged Assault to create a critical mass of offensive deck manipulation. Many Black cards benefit from Android 20’s ability to view your opponent’s hand, such as Black Swirl, Black Daze, and Black Defensive Burst. Finally, access to Android Attack Drill leads to a quick +3 life cards on all of your attacks – deadly!

Android 20 has also been making waves in Red.

2. Eye candy from the upcoming season of Organized Play: 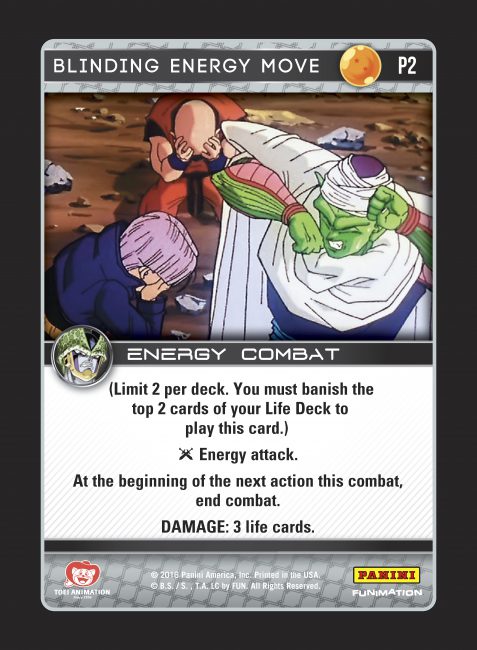 In the current environment, several key strategies are negatively impacted by Elimination. Shutting down the effect of Namekian Hybrid Defense allows for productive combats against a Namekian deck that has stabilized, and aggressive decks will always benefit from negating cards like Time is a Warrior’s Tool or Black Finger Block. 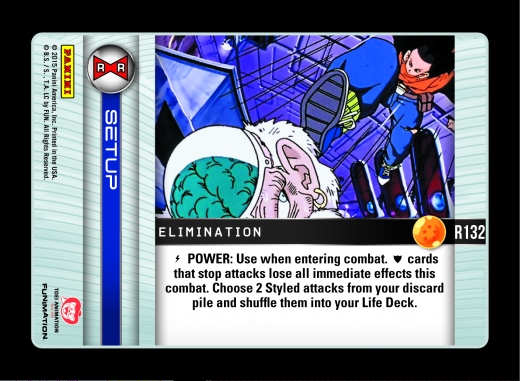 On top of that, the extra recursion (particularly for tech cards in a given matchup) and deck shuffling (to find key attacks that were previously Rejuvenated for one reason or another) can allow an offensive deck to function more smoothly. It’s often difficult to find space for Setups in a beatdown deck, but that can be mitigated with effects like Android 18 Ally or Red Face Break.

We’ll cap off the week with a look at the Allies appearing in Vengeance!