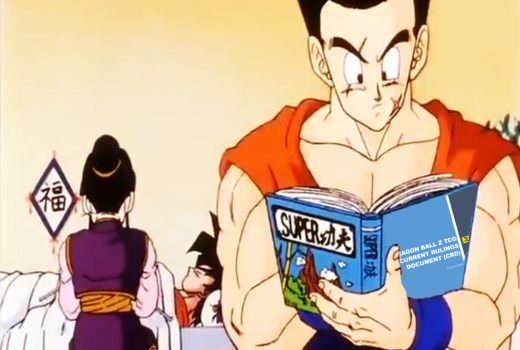 The CRD has been updated to v 4.3 – read about the changes below!

Version 4.3 of the CRD is available here – note the updated text in red.

In order to promote a higher level of diversity in the upcoming season of Organized Play, the following changes have been made to the CRD:

Finally, Black Smoothness Drill is limited to one copy per deck for this season of Organized Play. This is a deck-building restriction, and as such it is subject to un-restriction at a later date (and is not currently planned as an “MRP”).

This new CRD is effective immediately, so it will be in full swing when Regionals begin on June 18th! These changes are easy to implement once known, but be sure to spread the word and keep everyone up to date!

The DBZ TCG Wiki has also been updated with the latest round of Perfection rulings, be sure to reference it for further clarifications.

“Timing when advancing/changing levels: When exactly are all Drills discarded, and when exactly do effects like Red Saving Drill, Red Threatening Drill, Master Roshi level 1 and 2, and Orange Duck trigger and resolve?”

Mechanically, after you do something to advance your personality (reach 5+ anger, play effect that advances your MP, etc) you would carry out things in the following order:

1) physically advance to your next MP Level, 2) set your MP at 10 stages above 0, 3) set your anger to 0 (if you advanced due to anger), 4) discard your drills, (and for reference, 5) any “After..” effects such as Orange Adept Mastery would take place here).

Red Saving Drill’s “when you are changing levels” would apply when you actually level up, and the optional banishment would be made before “4)” on the above sequence.

Red Threatening Drill’s “when you advance a level” would apply when you actually advance a level, and the optional banishment would be made immediately before “4).” This is a competing timing with Red Saving Drill.

Similar to other constant Powers, Master Roshi Level 1 or 2’s constant effect must be on the table and active in order to apply. If you were to level up by playing a card that shuffles your deck, you would not be able to use Master Roshi – Expectant’s “Rejuvenate 1″ effect. Master Roshi – Overwhelmed’s “when you advance to this level” parenthetical text would have competing timing with the “when you advance” text from Red Threatening Drill – both take place immediately before “4).”

Orange Duck’s “the next time you change levels” effect would have competing timing with Red Threatening Drill and take place immediately before “4).”