Attendees at this week’s San Diego Comic Con will have the opportunity to obtain P12 Beerus – God of Destruction by visiting the Panini America (#2447) or FUNimation (#4135) exhibits:

Beerus packs an unprecedented 2 PUR and 200,000,000 power level, along with the unique ability to function in both Hero and Villain decks!

Beginning with this evening’s Preview Night, the Panini booth will distribute Beerus free with any DBZ purchase (pending availability). The promo card will be available through FUNimation with purchase the SDCC exclusive Beerus Funko Pop.  Two play mats will also be available for sale:

General availability (until sold out) 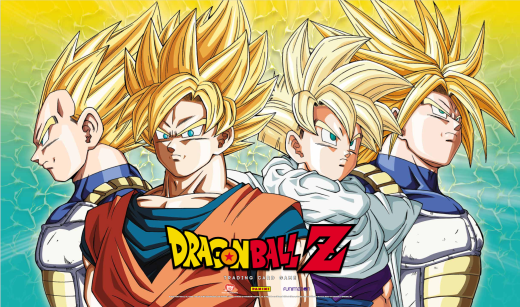 Fans will also have the opportunity to catch a glimpse at the lore of Afterworld (an upcoming card game from Panini America), in the form of a free comic!

The latest DBZ TCG expansion, Dragon Ball Z: Vengeance, is available in stores now. New personalities like Broly and Android 13 have made a significant impact on this season of Organized Play, which continues to expand with the new Dragon Prix event tier and Super Elite rankings. The DBZ year culminates in the 2016 Dragon Ball Z World Championship, taking place near the release of Dragon Ball Z: Awakening.

Panini is the world leader in officially licensed collectibles, and more information can be found at paniniamerica.net. For questions about the Dragon Ball Z Trading Card Game, visit dbztcg.com or contact dbz@paniniamerica.com.