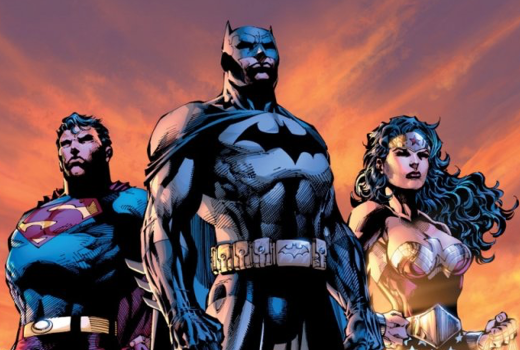 MetaX made a scintillating debut at San Diego Comic-Con! See what’s next below:

MetaX’s first set, “Justice League,” will hit store shelves on August 4th. Last weekend at the San Diego Comic-Con, attendees had a chance to demo the game – as well as purchase from a limited amount of early stock! Fans were also able to acquire exclusive promo cards, and you can still enter to win a set of your own on our Facebook page. The winners will be chosen next Friday, so be sure to get your entry submitted before the end of the week.

With the official launch just days away, also keep in mind that Welcome Kits for events are available to stores through their distributor. Contact op@paniniamerica.net for any additional inquiries. Stay tuned for more details about the upcoming series of Organized Play events, kicking off with sealed deck tournaments at Gen Con.

You can expect tournament announcements before the release of Green Lantern, with the momentum carrying into Attack on Titan in 2018 (currently planned for Q1 release)!

Today’s MetaX previews are the final batch from Justice League, and the full visual checklist will go live on Friday.

Black Canary has small Stats and doesn’t generate any kind of removal or card advantage, yet her effect is both unique and versatile. Targeting a Character that has a Push effect can set an opponent back several turns, while turning off a troublesome Constant effect can force through a window of opportunity.

Rise from the Ashes can play a key role in multiple builds. In decks that revolve around a specific Character’s effect (such as Darkseid – Uxas or John Constantine – Hellblazer), this Event offers an insurance plan for any removal effects. On the other hand, Rise from the Ashes can also slip into decks with a low count of diverse Characters – allowing for toolbox access from the discard pile as needed.

This multistat Battle Card requires the user to have at least a 5 Special or 5 Strength, and keep in mind that you may only include up to three multistat Battle Cards total for a given Rank (i.e, a maximum of three Rank 5 Battle Cards in your deck, regardless of mixing and matching Stats, different effects, etc). Though the -2 MP cost is fairly steep for a Rank 5 BC, the dual-Stat versatility and optional hand filtering makes this card useful in nearly every situation.

Check back on Friday for the complete spoiler, along with SDCC promo winners and more!

One thought on “Final MetaX Previews!”