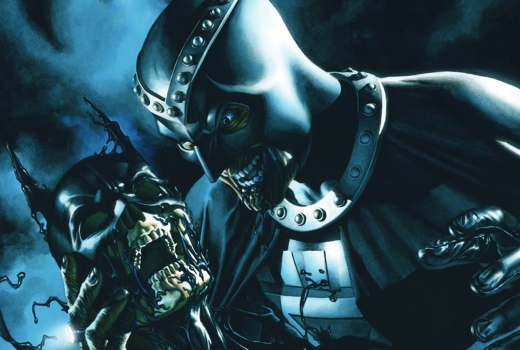 Spoiler season for MetaX’s “Green Lantern” has officially begun, click below for the first wave of previews!

MetaX’s next expansion set, “Green Lantern,” releases on December 22nd – and we’ll be previewing new cards all the way up to release! Things started off with a bang today on the Panini Games Facebook page, where you can see the Ultra Rare card Green Lantern – Emerald Knight. Today, let’s blow the doors off of the Black Lantern faction! 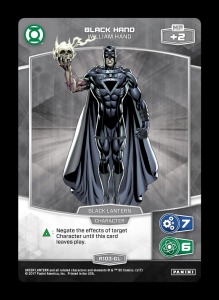 This negation ability can be used to shut down either Push or Constant effects, providing an answer to Characters that provide a persistent advantage like Shazam or Hawk Girl. Black Hand will show up in most Black Lantern based decks to meet certain stamped requirements, but he is also highly playable in several other archetypes. 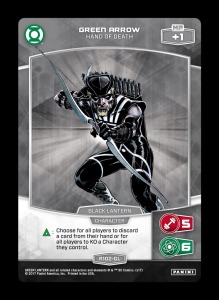 This effect gets into Black Lantern’s card destruction theme, with a symmetrical choice for each player to KO a Character or lose a card from their hand. Though it doesn’t generate any raw card advantage, the ability to control the timing and mode of this card makes it extremely potent. 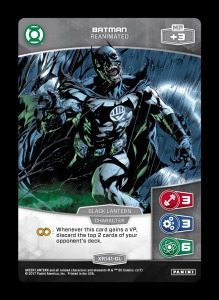 Black Lantern based decks have the potential to win by running the opponent’s deck out of cards, but not through passive effects. Batman is able to consistently pressure the opponent’s deck count (three cards at a time when you count the VP!), but he must constantly engage in battle to maximize his effect. 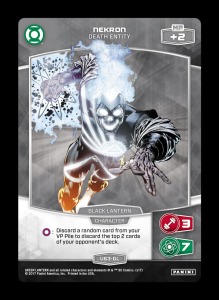 Nekron offers more direct deck destruction, though he doesn’t risk himself in combat like Batman. This comes at an increased cost, and gaining VPs to fuel his effect will still require some amount of combat.

While Black Lanterns can certainly attempt an “active mill” build, they can also benefit from deck destruction without pursuing it solely as a win condition. 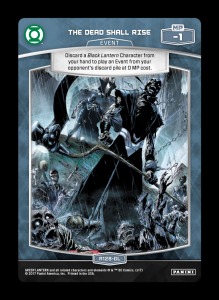 The Dead Shall Rise requires a deck heavily invested in Black Lanterns, but you’ll gain free access to any powerful Events you’ve discarded from your opponent’s hand or deck! 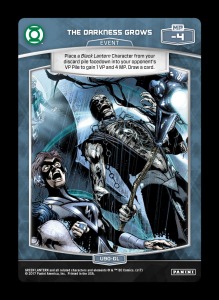 Meanwhile, The Darkness Grows can help accelerate a Black Lantern gameplan from every angle of attack. This effect nets out to 0 cards lost from your hand and 0 MP paid, with each player gaining 1 VP. This not only decreases the size of your opponent’s deck by one more card, but also provides fuel for effects like Nekron!

Several Battle Cards in the next set have specific interactions with different Traits, and Black Lanterns have access to two powerful effects. 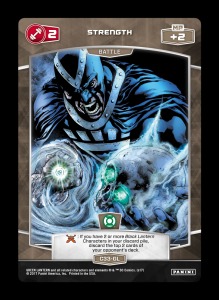 In a Black Lantern deck devoted to draining all of the opponent’s cards, this 2 Strength offers a significant amount of deck destruction – with some reasonable MP gain to boot. 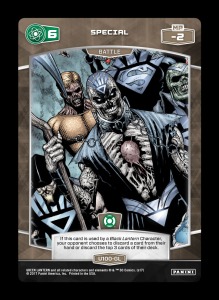 This 6 Special Battle Card requires a Black Lantern to use it, and its effect allows the opposing player to choose the outcome – though neither prospect is particularly enticing for your opponent!

That’s all for today, but check back on Friday for more news and previews! You’ll also be able to find additional community spoilers here:

One thought on “GL Spoilers: The Darkness Grows!”