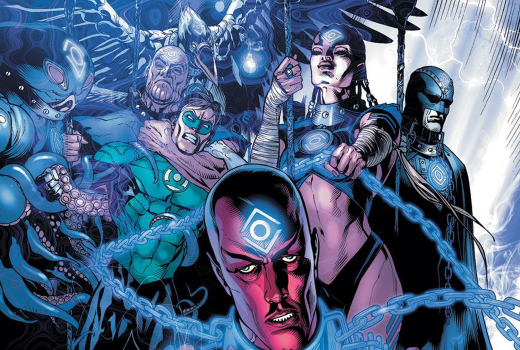 The compassionate members of the Indigo Tribe bring a wide array of unique interactions to MetaX – including a heavy dose of VP Pile manipulation! 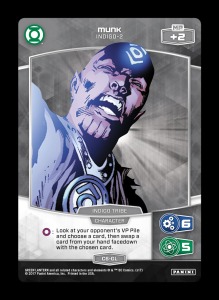 Munk – Indigo-2 has an average amount of MP generation, along with a Stat distribution that offers compatibility with other Indigo Tribe members. However, you’re less likely to see Munk in battle – as his push effect offers a high degree of consistency and potential recursion! This consistent access to your opponent’s VP Pile can smooth over any potential combos that were lost as VPs, and it is highly splashable outside of Indigo based decks. 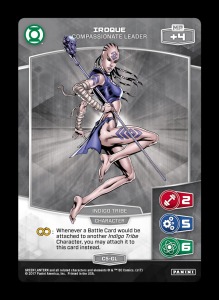 Iroque – Compassionate Leader is fully loaded with three Stats and a maximum rank of 6 – along with a stunning +4 MP! Though she doesn’t provide any immediate impact on the board, this effect can generate massive card advantage as the game wears on. Any time a Battle Card would be attached (whether through an effect or as damage), Iroque threatens to soak it up and create inefficient scenarios for your opponent. 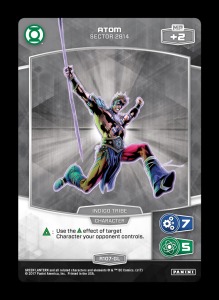 As a dual-Stat Rank 7 Character, Atom’s +2 MP is slightly above average. This peculiar effect can be somewhat situational, but its upside is undeniable against the majority of decks in the format. Similar to Munk, this card is likely to be mixed into a variety of builds. 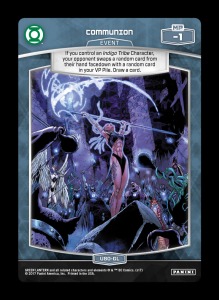 Communion disrupts the opponent’s hand in a far more permanent way than simply discarding a card, though your opponent doesn’t suffer any card disadvantage. At the same time, you also draw a card to replace the one lost from your hand – making this Event desirable to play at nearly any point in the game! 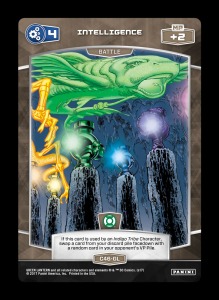 That brings us to the end of today’s previews, but check back on Friday for another faction rundown from Green Lantern! Until then, be sure to check for more spoilers here:

One thought on “GL Previews: Indigo Your Own Way!”