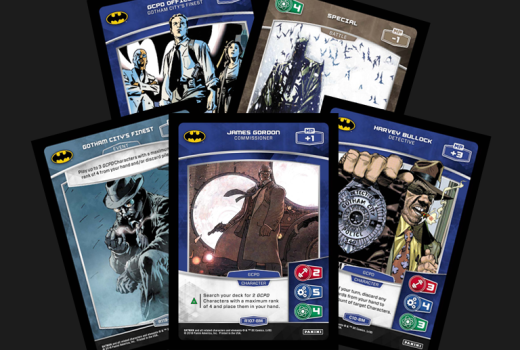 Let’s close out the week with more previews from Batman.

The Gotham City Police Department is one of Batman’s greatest allies, and there are a few ways to make Batman Character cards work into a GCPD build. As regular humans with no powers or special abilities, most GCPD Characters have a maximum rank of 4. However, GCPD decks gain access to a potent kit of disruptive effects – and they’re often able to swarm the board! 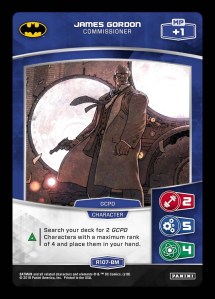 Commissioner Gordon creates card advantage by recruiting GCPD units, and he can search for any GCPD Character except himself. 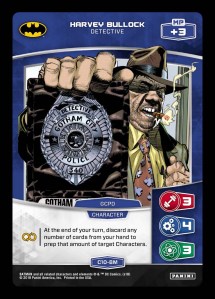 When you find yourself with extra Characters in hand, Bullock’s ability allows you to safely go all out on attacks – while still keeping defenders available. 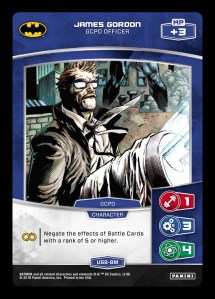 The GCPD Officer variant of Gordon shuts down Battle Cards that your lineup would already be unable to use! 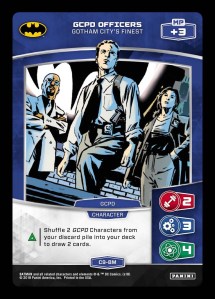 As GCPD Characters come and go at a fast pace, this effect keeps up the pressure by refilling both your hand and deck. 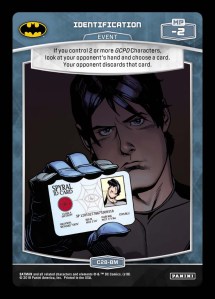 Identification can’t be played on the first turn of the game – but that’s about the end of its downsides! For just -2 MP, GCPD decks can strip the opponent’s best card and gain perfect knowledge of their hand. 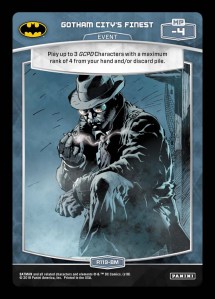 GCPD Characters are easily KO’d in combat, but this effect can bring them right back. Card advantage, tempo, and even a bit of utility – this card has it all! 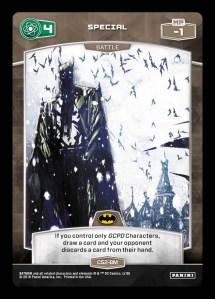 Much like Identification, this is a best-in-class card advantage effect that is exclusively available to the GCPD.

On Tuesday, we’ll take a look at new Hero/Villain Trait support from Batman – including an Ultra Rare Joker! Until then, you can find additional spoilers here: