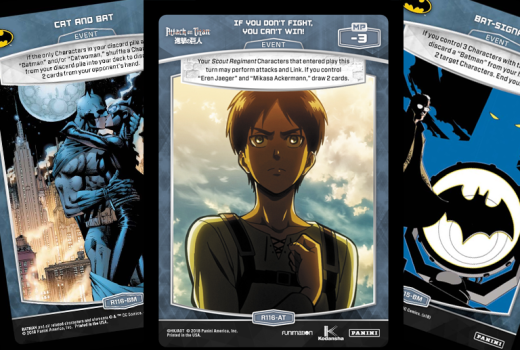 See below for four cards that create their own deck types!

Tuesday’s Deck Tech recommended Endless Waltz, a type of card that requires a heavy investment in two specific Characters. “Build around” cards usually offer a significant payoff or unique effect as a reward for meeting a certain requirement – and they are often powerful enough to spawn entire archetypes on their own. However, decks featuring these kinds of cards still have room for a great deal of individual variation (as seen in the different approaches to successful decks featuring Superman – Big Blue Boyscout and the aforementioned Endless Waltz). Here’s a spotlight on four other “build around” cards worth considering: 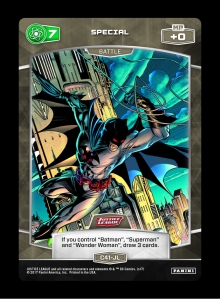 This has been available since the game’s release, but it continues to grow in power with each new set. Superman – Last Son of Krypton, Batman – the Caped Crusader, and Wonder Woman – Princess Diana (with Superman – Big Blue Boyscout and Wonder Woman – Ambassador of Peace as backups) are all natural fits, but it’s not necessary for every member of the trinity to be able to play the 7 Special. 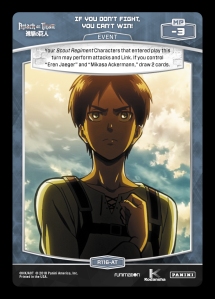 Whether based on Team Attacking or general Aggro, nearly every Scout Regiment deck is likely to already include some amount of Mikasa and Eren. By slightly diluting a standard Scout lineup (perhaps via a Cadet Corps splash), this Event can add extra draw power and speed. 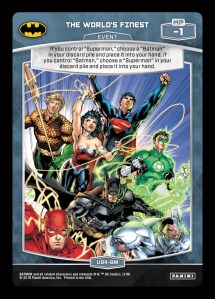 This is another effect that will only become more powerful as more Batman and Superman Character cards are released. As it currently stands, it’s an intriguing card advantage engine with unexplored potential. Honorable mention in this category: 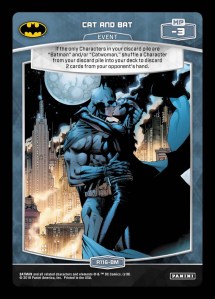 Cat and Bat requires the harshest dedication seen so far, but it also packs the most potent effect. 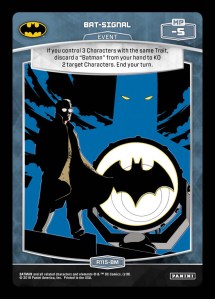 While this card has obvious applications in various Bat Family builds, it can also easily slip into several Hero Trait decks. Beyond that, this can be splashed in near mono-Trait decks that benefit from one of Batman’s many effects – or in Black Lantern decks with Batman – Reanimated!

That’s all for this week, but check back on Tuesday for a new Deck Tech with other news and coverage.