See below for your chance to win promos from Gen Con.

Summer is winding down – let’s close out the week with a chance to win some exclusive promos!

1) Card of the Moment: Supergirl

Characters that generate 0 MP often make up for it by offering some form of card advantage. Supergirl has the upside of hitting multiple cards in one shot, though she requires you to make noticeable concessions in deckbuilding. However, there are many Events that work well in combination with Supergirl (including any low cost Events that can be played before dropping Supergirl in the same turn).

Her effect becomes more relevant in certain metagames, but even her worst matchups provide opportunities to net a card. Supergirl’s Stats and Trait make her well suited to being a featured player in a Hero or Strength deck (with themes ranging from negation to heavy discard), and her ability is powerful enough to consider a simple splash into countless Rainbow builds.

The Australian MetaXstream Facebook group has uploaded some new Deck Tech videos – be sure to check out the Vixen hand control. Toyboat’s MetaX Netdecker gallery of decks has been recently updated, and you can find a MetaManiacs guest article about deckbuilding roles here.

MetaManiacs has also been churning out video content, with a Gen Con road trip carcast and several gameplay videos – such as this matchup between Rogues Gallery and Arkham Inamtes. 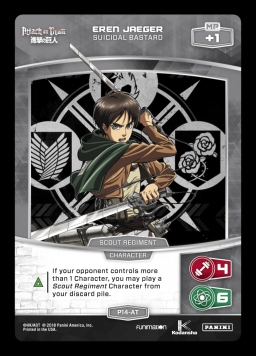 Now, three winners have a chance to receive a playset of both of these cards! To enter, head over to the Panini Games Facebook page and reply to the relevant thread. Leave a comment about your favorite set released so far, and let us know what you enjoy about it the most!

Winners will be announced next Friday, and check back on Tuesday for the latest Deck Tech submission.