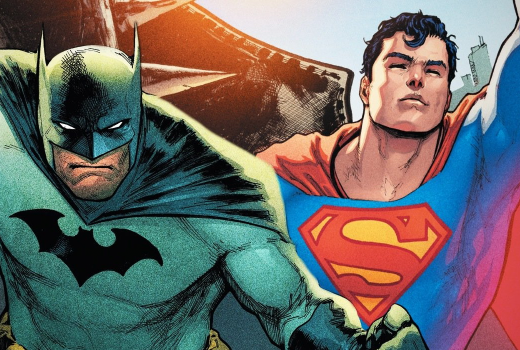 More from Gen Con – plus a sneak peek at the NFL Five TCG!

There were sixteen players in attendance at Gen Con, and we’ll continue to shine a spotlight on some of the most exciting builds from the event (including the remaining Top Cut decks – see below). Aside from upcoming Deck Tech sessions on the blog, also look to MetaManiacs for more Championship Cup coverage. Meanwhile, here’s a photo of one of the top plays from Gen Con:

Willpower on Wonder Woman – Amazon Princess against a board of 7 drops!

In honor of the champion’s list, Camaraderie is the card of the week. This non-stamped effect is available to any mono-Trait deck, though it is much less commonly seen than the similarly conditioned 3 STR/INT/SP. Drawing 2 cards for 0 MP is useful to almost every deck, but the ability to self-KO and clear space is this card’s biggest upside.

The NFL Five Trading Card Games from Panini Games is coming soon! Watch for more info about the game’s late August debut – including an upload of the rulebook, demo deck, a full checklist, and more!