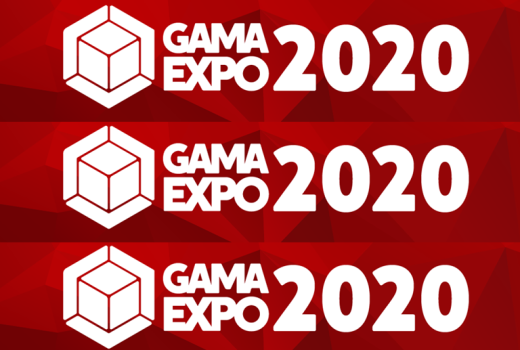 Panini Games will spend next week at the GAMA expo in Reno, Nevada. Tournament Kit and prize shipments will resume after the convention – contact OP@paniniamerica.net for event support.

Exhibit hall attendees can find Panini Games at booth #345, where you can stop by for freebies, demos, and a chance to chat with the designer of NFL Five! For those of you following along from home, watch for details about our live GAMA giveaway on Tuesday.

In the coming months, you can expect card effect previews for NFL Five’s 2020 release – plus a spotlight on the upcoming new card type and updated game mechanics. However, this week’s whispers move outside the realm of individual cards and releases, and into the larger topic of Organized Play! Watch for a formal unveiling of Organized Play plans in the near future, and look forward to unique and exclusive prizes from Panini! 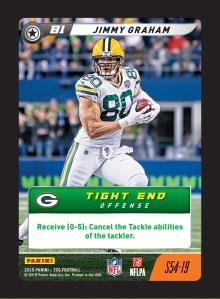 Jimmy Graham might be leaving the Packers this offseason, but he’ll always have a home in your NFL Five lineup. Only eleven cards in the game offer a “cancel” ability, and S54-19 Jimmy Graham is one of the few offensive Players with this effect. On roughly half of your passes, this card can stop the effect of an opposing tackler – preventing the use of a key defensive ability! Look to save this ability against your opponent’s best Player on defense, and be sure to include enough passing plays to target him on demand.

Next week will focus on coverage from GAMA, with show floor news, booth photos, and giveaway results on Friday. Later in the month, prepare for a March MetaX giveaway – plus a new NFL Five FAQ, additional teasers for the next set, and more!