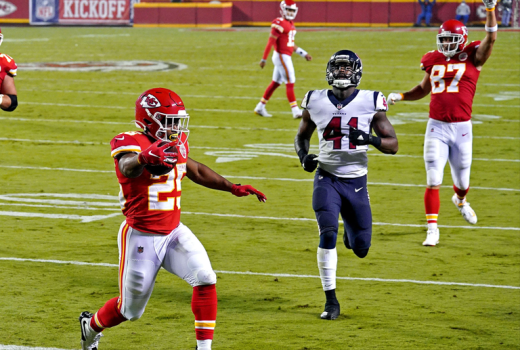 The first exhibition tournament is tomorrow – see details below.

The first exhibition of the 2021 Preseason will take place tomorrow at 12-3 CST (Zoom link here). Prizes are based entirely on participation, not performance – newcomers welcome!

At the end of the event, two randomly selected participants will receive

invites to the 2021 Kickoff tournament. This invite-only event will take place at a special TBA venue, and after this weekend just twelve spots will remain!

This month’s JLA Starter Deck giveaway asked for entrants to vote for the set with the most useful cards overall. Batman was the overwhelming favorite, with JLA and AoT receiving one vote each. The randomly selected winners:

Thanks to those that entered this round, and you look forward to another MetaX Starter Deck giveaway in October. Patrick Mahomes II made his mark in last night’s NFL season opener – and his card in the new 2020 set has similar offensive potential! The majority of the time, this ability will allow you to entirely ignore a defensive play card on a stopped play (generating consistent offensive pressure). To fully maximize this card’s effect, look for abilities that deplete your opponent’s Play cards.

On Tuesday, expect for coverage of the exhibition tournament – including upcoming deck spotlights later in the season. After that, watch for a chance to win Booster Boxes of NFL Five 2020 on Friday (with a giveaway theme of “combos”).

This site uses Akismet to reduce spam. Learn how your comment data is processed.