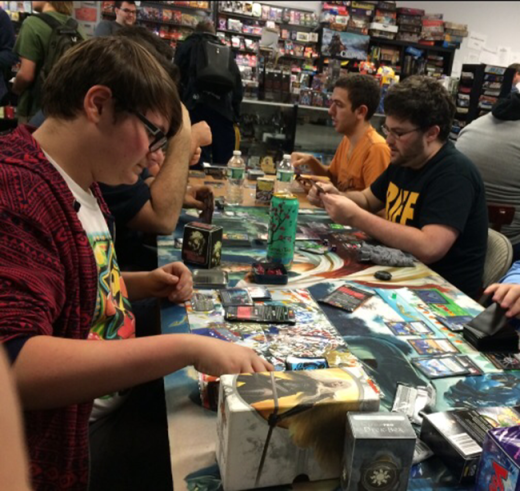 It’s been a month since Panini America released the wildly successful 2014 Dragon Ball Z Trading Card Game, an epic relaunch of the popular TCG that has received rave reviews and intense levels of participation in shops across North America.

In the weeks since that historic revival, DBZ gamers new and old have returned to the game in a huge way, creating packed houses and renewed excitement with a series of in-store tournaments.

In the gallery below, we bring you just some of the scenes that have been shared with us showcasing the frenzied tournament activities.

The following images were sent to us by The Game Academy in Orlando, Fla., Hero’s Hideout in Granite City, Ill., Game Master in Hicksville, N.Y., The Castle in Tyler, Texas, Magic Comics and Hobbies in Slidell, La., and organized play events in Lancaster, Calif., and Greenville, S.C.

If you’re interested in hosting a tournament, or simply want to share the results and images from a tournament you’ve already completed, please let us know via email at dbz@paniniamerica.net.

Until then, take a look at just some of the intense Dragon Ball Z action that’s been taking place across the country.