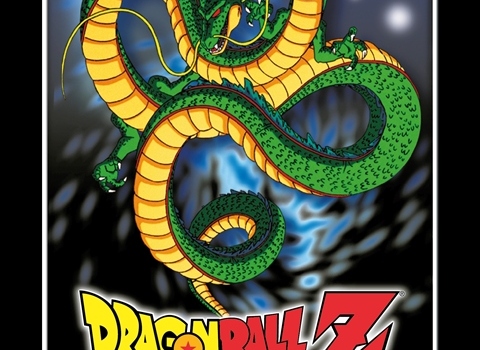 Hello everyone, and welcome to the inaugural edition of the Z Warrior Mailbag! I hope everyone had a nice holiday season, and I know many of you had a chance to attend tournaments with the newly released promo cards and play mat. Moving forward, you’ll see the Tournament Guide posted soon, and information about the “Heroes and Villains” expansion set will trickle in as we inch towards the March release. Now, let’s get to it!

“How can I become an official judge? I was a judge in the old game, and I want to apply again.”

With details about Organized Play just around the corner, you’ll have to hold out a little while longer for information about a potential Judge Program. That being said, be sure to keep your eyes on the blog for the full scoop as soon as it is available. In the meantime, make sure whoever is running your tournaments at a local level is aware of the CRD and upcoming Tournament Guide. Also, any rules disputes can always be clarified by getting an official response from dbz@paniniamerica.net.

“Could you tell me something, please? A friend of mine told me that’s there’s going to be a reprint of the old Dragon’s Victory card in the upcoming set as an ultra-rare. I tried to find some info about it, but wasn’t able to. Will there be such a reprint?”

We received a boatload of letters about this issue, and I want to make sure everyone understands this very clearly: those were placeholder images. A lot of things go on behind the scenes to get a game designed, tested, approved, shipped, and sold. When a “sales sheet” is made, there are often mock-up cards included to give an idea of what the finalized product will look like. However, that takes place long before any actual card effects are made. DBZ Set 2 (Heroes and Villains) is currently under development, and you can rest easy knowing that the set will feature far more interesting and balanced cards than any of the placeholder effects you’ve seen so far.

“I was wondering why you have the ability to pull a mastery from the starter decks & boosters. Especially since they are the same exact cards.”

The initial idea was to give players access to each Style without requiring additional starter deck purchases. At the same time, the inclusion of Mastery cards in the boosters allows players to create a Trunks or Captain Ginyu deck from packs alone. However, we’ve heard tons of feedback on this and the message is clear: no more Mastery cards in boosters!

“I hope Piccolo, Trained makes a reappearance as he was originally written, but as a Level 4, not a Level 1.  That would be a nice end piece for Black Piccolo in the future.”

When it comes to iconic cards from the old game, we’re always on the lookout for ways to incorporate fun and unique effects. Whenever possible, they’ll be reprinted with gold text to allow use of the old version. Other times, it feels appropriate to rework the card completely. For example, the much maligned power of Android 18 Level 1 from the DBZ CCG has been reborn on Trunks – Energy Charged Level 3. As far as Piccolo, the Trained making it back in the game…I suppose anything is possible!

“My question is whether or not we can expect to see randomized decks in the future as far as what MPs you’ll receive and which foils you may get, but still get a deck that’s already preconstructed and ready to go in terms of being a 60 card deck with the appropriate Mastery. Anyway, that said, it’s still an incredibly fun game based on my favorite anime of all time, so I’m sticking around regardless.  Thanks for wishing DBZ back!”

Much like the valuable input we’ve received about the inclusion of Mastery cards in boosters, we’ve also heard loud and clear that players are in favor of completely constructed starter decks.  We will either move in this direction, or label mixed decks differently in the future.

“What is the best Krillin deck? I cannot beat my friends at all and I want to play with Krillin!”

You’re in luck, as Krillin is one of the most versatile characters available in the current environment. Generally speaking, Krillin seems well suited to stunning the opponent with an efficient and controlling style of play. Krillin Black is a popular choice due to the interaction between his Power and the Mastery. If you’re playing in tournaments with a lot of Captain Ginyu and Namekian decks, Krillin Blue is another great option. Lowering your opponent’s anger by two levels every turn is sure to confound Piccolo Namekian, and Captain Ginyu’s allies can be answered in the early game by your consistent Critical Damage effects. Krillin also has uses in Red due to his stream of attack Powers, and even Krillin Orange has merits with his Energy Attack on Level 1.

That’s all for this week, Z Warriors. If you’d like your questions or comments addressed in this space, include your name and location in an email to dbz@paniniamerica.net with “MAILBAG” in the title. Until next time, thanks for playing!