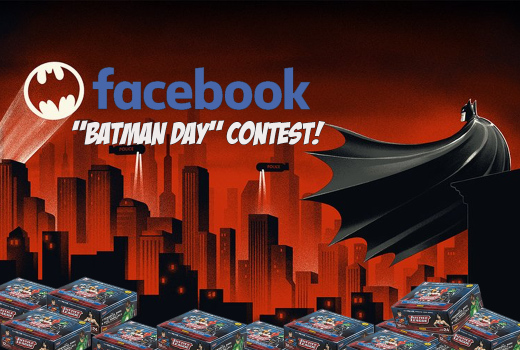 Check below for information about your chance to win a box!

DC’s upcoming “Batman Day” (September 23rd) is an annual celebration of all things Batman, and this year features a “Harley Quinn takeover” for her 25th anniversary. You can find a list of participating comic shops here – and be sure to let any local comic stores know that MetaX’s “Justice League” is available through their distributor!

In honor of Batman Day, Panini Games will be giving away sealed boxes of Justice League booster packs over on the Facebook page. You can enter to win by “Liking” the relevant post and leaving a comment with an answer to this question:

“Which Character do you think is stronger in MetaX, Batman or Harley Quinn?”

Winners will be announced on Friday, September 22nd.

In keeping with today’s theme, let’s take a look at Batman’s current place in the metagame: 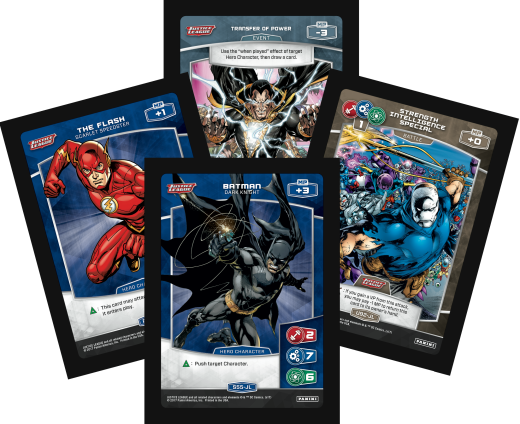 As one of the preeminent tempo Characters in the game, players have been utilizing Batman – Dark Knight with cards that attempt to bring a quick and/or efficient end to the game. Many Batman – Dark Knight decks also emphasize “when played” effects with Hero Characters to maximize Transfer of Power. For a more novel pairing, try incorporating Deathstroke for additional clearing power!

Batman – Caped Crusader has seen early representation in Control builds, where most of the time his ability is used to fix his own draws (or set up things like tossing a Rank 7 into the discard pile for Starfire). Batman’s rare “dual Rank 7” typing grants access to two effective finishers for Control, as he is able to throw both 7 Intelligence (U99-JL) and 7 Special (R139-JL). For a more aggressive direction, try following up Batman’s effect with Events that can cheaply draw cards – including Against the Current!

Have a great weekend, and check back next week for more MetaX happenings!