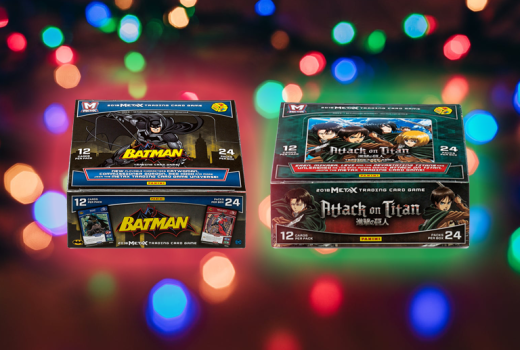 It’s the season of giving, and Panini Games is in a big holiday mood! 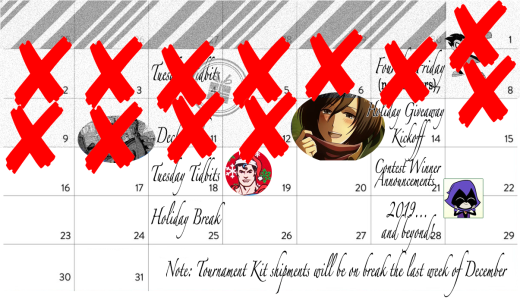 It’s time to celebrate the holidays with another MetaX giveaway from Panini Games! For this contest, each winner will receive a box of booster packs – with a choice of Attack on Titan or Batman.

To enter, head to the Panini Games Facebook page and leave a comment on the relevant thread. In the spirit of the season, we’d like your response to the following:

Which MetaX set (Justice League, Green Lantern, Attack on Titan, or Batman) would you be the most likely to gift to a friend for the holidays?

The randomly selected winners will be announced next Friday, so be sure to enter before the deadline. On Tuesday, check back for part two of our “Year in Review” series – taking a look at some of the top Characters and Events of 2018 (along with a MetaX online tournament recap)!