See the top Events and Characters of 2018.

Following up on part one’s reflection on Battle Cards, today’s recap showcases some of the top Characters and Events from 2018.

Events are the least prevalent card type, but expensive Events contain the flashiest effects in the game. On the lower end, popular Events usually come with mild costs and grant a degree of flexibility to address a certain weak point. The selections below represent these broadly played “glue” cards, but also offer a taste of things that demand a larger investment into a deck’s identity. 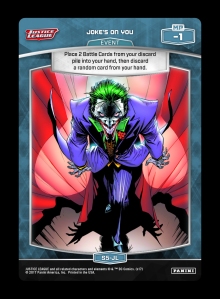 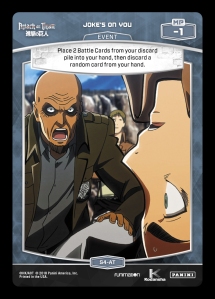 A low commitment card that immediately upgrades consistency (acting as two virtual Battle Cards), and has even more upside with specific builds 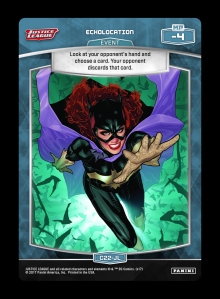 Most commonly used to augment other discard effects in heavy disruption builds, but has a distinct feel when slotted into general decks at large

A universally accessible effect that brings negation to any deck with a glaring weakness against a given Constant effect Character – with applications in aggro, midrange, and control

This can generate both offense and defense, and it has fueled consistent tournament results throughout the year (despite its modest overall usage rate)

Unlike Battle Cards (with Stat requirements) or Events (with MP costs), Characters never have a restriction associated with being played. On a card evaluation level, this makes Characters the largest and most diverse pool to choose from – with the below picks providing a sample of the main trends of the year.

Despite offering no immediate impact or raw card advantage, his stable presence has proven to be a favorable draw engine in many notable builds

The obvious potency of an extra Character drop is made all the sweeter by his +4 MP gain, and he remains potent in “Rank 5 aggro,” splashed in GCPD, or as the centerpiece of a hybrid strategy

This slot acts as a symbol for several juiced up Characters with Trait stamps, with team attacking Scout Regiments as one of the standouts (among GCPD, Titans, Rogues Gallery, Legion of Doom, Heroes, and various Lantern Tribes)

The second major online grassroots tournament is fully in the books, and MetaManiacs has once again taken a deep dive into the data. Much like the last event, the range of decks on display displayed great variety – with the Top 8 featuring a nearly even spread of each major archetype. Be sure to explore the lists from the elimination rounds, with concepts including mixed mill beatdown, hand disruption, direct VP gain, combo aggro, and more!

That brings us to the end of our year in review, but be sure to check back on Friday as we close out the week with results from the Holiday Giveaway contest!

One thought on “Tuesday Tidbits: Year in Review (Part Two)!”