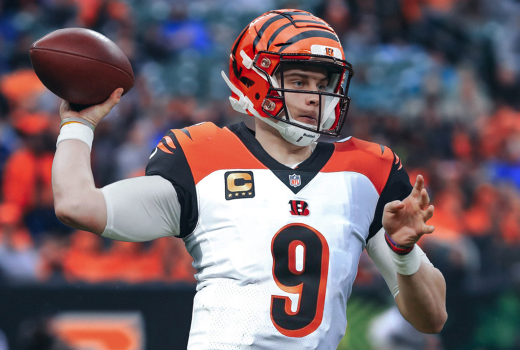 The first round of the 2020 NFL Draft is in the books, with selections continuing through Saturday. You can look forward to exciting new Rookie cards in the next expansion set of NFL Five, which is currently scheduled to release in August. So far, we’ve teased a new card type called Power Up and a new game mechanic, along with hints about powerful Unique Plays. Here are four more things to look forward to in the next set:

Last week, we asked fans to play the role of GM by posting on the Panini Games Facebook page with their response to this question:

If you were starting a team from scratch and had the first pick in this year’s draft, which player would you select?

Much like the results of actual NFL drafts, most respondents focused on starting their franchise with a foundational Quarterback. Joe Burrow received a majority of the votes, followed by a tie between Tua Tagovailoa and Chase Young. The three randomly selected winners, and their picks:

Thanks to everyone that participated, and be on the lookout for two new giveaways in May!